As historians are quick to point out, the parallels between modern times and the classical world – including not only Greece, but also Rome – are plentiful. No new thinking here. In profound ways, our modern society, laws, forms of government and language are embedded in the classic traditions.

But there’s more to the story than that.

The history of philosophy, more broadly framed as the history ideas, tells a compelling story about a journey to new levels of understanding – a tale that traces evolution of ‘critical thinking’ itself.

At its core, philosophy is about learning how we ‘know’ what we know, and learning what we can do with the knowledge that can be gained.

Critical thinking and philosophy seem to share a common heritage, as shown in this table: 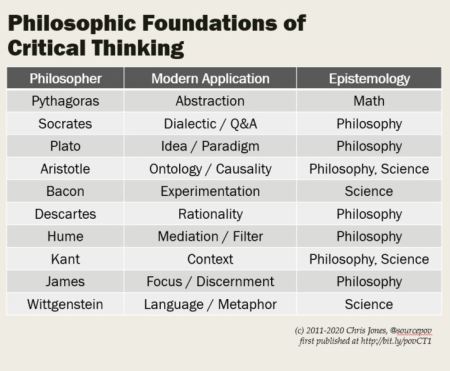 There is scant space here to do justice to such a rich history, but to advance the topic as part of my critical thinking series we need to at least expose the biggest pillars. In the paragraphs below, I focus on philosophers who have provided significant contributions to what has evolved as the modern notion of critical thinking.

At the risk of leaving holes in our story, I’ve left out some key names – deep thinkers like Hegel, Locke, Hobbes, Reid, Mill, and a raft of others – and I’ll take responsibility for the exclusions. This was in part due to space, but also due to the focus of my research on the dynamics and demands of modern collaboration.

If you can help me fill any gaps in the progression, share your thoughts and I’ll provide updates. There’s also a quick survey in the toolbar that would help build a broader consensus on those most influential.

With a foundation in place, where can we go from here?

Unlike any time in history, people and their ideas are getting connected at an accelerated rate. That changes the rules of what’s possible. Critical thinkers who collaborate are likely to drive a potent set of outcomes.

The ability to realize the new dynamics of knowledge sharing may be the next significant challenge our society faces, but also, I believe, it is our greatest promise. Building a sustainable future requires that we relearn what it means to learn, and to advance our ability to learn from each other – globally, deeply, and ever more quickly.

There’s still much work ahead, as this series continues to rediscover what scholars have known all along: the importance of critical thinking.

Let me know your thoughts. 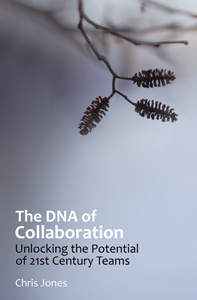 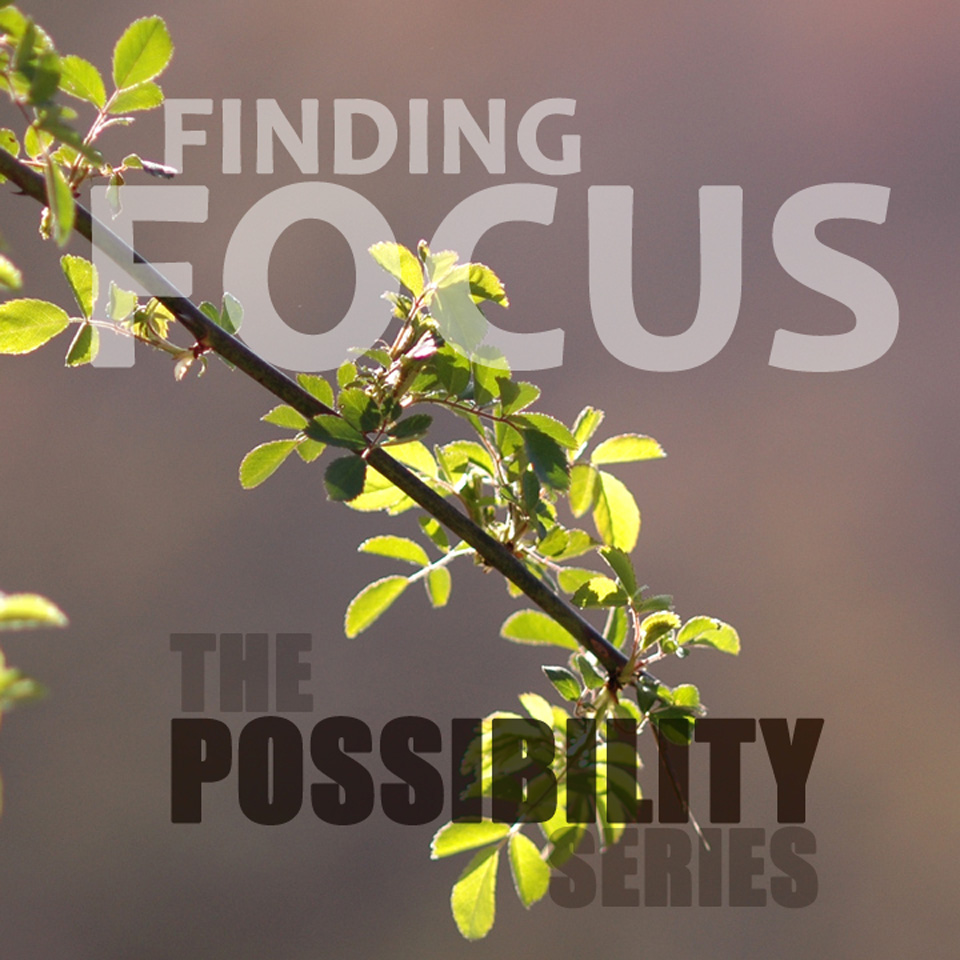